Too bad gullible people keep funding such an evil organization so they can pay for billboards like this. 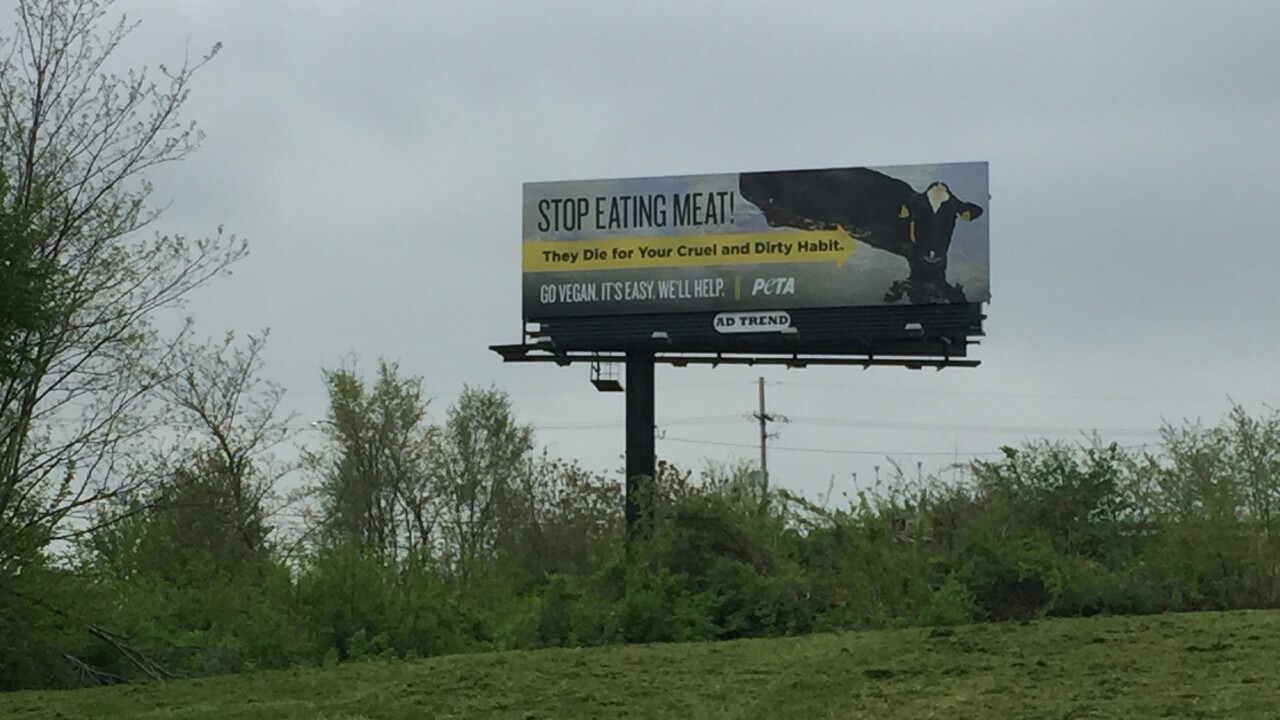 KANSAS CITY, Mo. — Flooding across the Midwest this Spring has killed livestock on farms along the Missouri River. The livestock killed by flood conditions has prompted PETA to launch a billboard campaign – including one in Kansas City, Missouri – reminding meat consumers of the dangers livestock face during flooding.

The billboard is on display near 71 Highway and 63rd Street.

“Every hamburger or steak dinner supports an industry that has repeatedly allowed scores of sensitive animals to suffer and die in natural disasters,” PETA executive vice president Tracy Reiman said earlier this month in a release. “PETA’s billboard will challenge passersby to take personal responsibility for the painful deaths of these gentle calves by keeping cows and all other animals off their plates.”

The organization plans to display the billboard in other flooded areas, including Fargo, North Dakota, Sioux Falls, South Dakota and St. Louis.